With a change to H's schedule (him working mostly days the past few weeks) my quilting evenings have been non-existant. I feel guilty quilting while he's home since we don't see each other that much, so together we have been doing some other kinds of crafty stuff.

H's birthday was last week, and in the small amount of alone alone time that I've had recently, I found and cleaned up an antique kitchen scale. As a chef, food is H's job and hobby, he's one of those really lucky people who love what they do. So, buying kitchen related stuff is always a safe bet for him.
The scale is over 100 yrs old. It arrived chez Craftywaffles looking pretty rough. It was crusted with rust and its lovely copper face was hidden by years of neglect. Here it is after a nice bath and scrub in anti-rust product (it's original state was too nasty to show!) 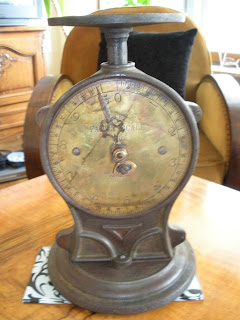 After some loving.... it's now looking like this... happy bday babe! 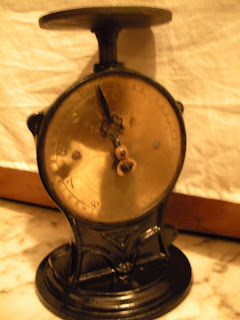 Now, I bet you are asking yourself what is that yellow thing in the background of the first scale picture.... so glad you asked, it's our new chairs!! For Vday H and I decided to gift each other a set of art deco club chairs. The yellow velvet is in good condition, so we gave the fabric a good cleaning which should hold us until we (aka I) re-cover them- I'm in love with these babies! 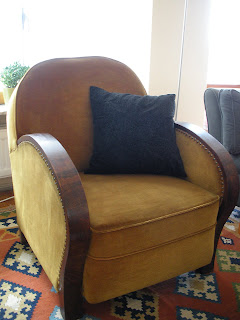 The other day I mentioned to H that I wanted a bench seat for the end of our new bed (you know in my mind it'd be an elegant sitting place- but in a reality a parking sport for clothes etc!). As the Mr Efficient that he is, H tracked one down- for free no less, Score! Hidden away in a Oostende basement was a settee (cross between a bench and a sofa), just what I was looking for. As we are currently living in an apartment, I banned the bench from coming in due to lack of space- but we are practising our renovation skills on the matching arm chair. 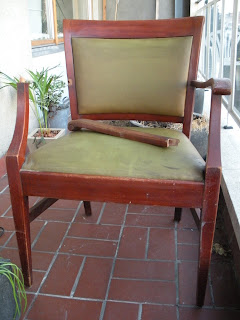 So last weekend H sanded away the old finish while got a jump start on removing the once seafoam green plastic upholstery (yup- you read that right!). However It seems I lost the battle against the person who put that stuff on- However, after a few stabs from the screwdriver- ouch- I got it off. 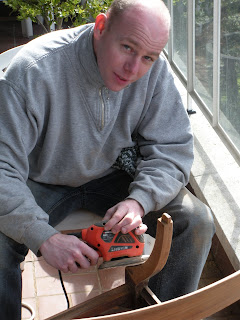 Now... Yesterday H worked a later "shift" so I had some quality Sarah time - yeah I'm terrible, I'm happy to have a night to myself sometimes... Anyways, I had picked up from Dallas my next batch of fabric for our Sew Connected 3 group. The inspiration images were mostly wonky log cabin-ish, so I tried to quell my inner obbsessive compulsive need for order, and wonked it up. I'm pretty pleased with the outcome. I hope Rocklily is too :) 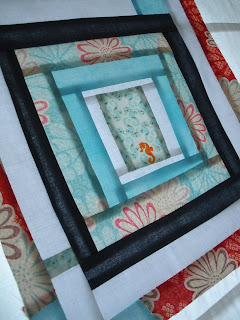