With the purchase of our house, came three monoliths in our garden. And no, I don't mean three sleek black garden ornaments ala 2001 a Space Odyssey, though if they had come with a HAL-esque supercomputer that woulda been pretty cool! The monoliths that we got were three cedar monoliths that.are.huge! 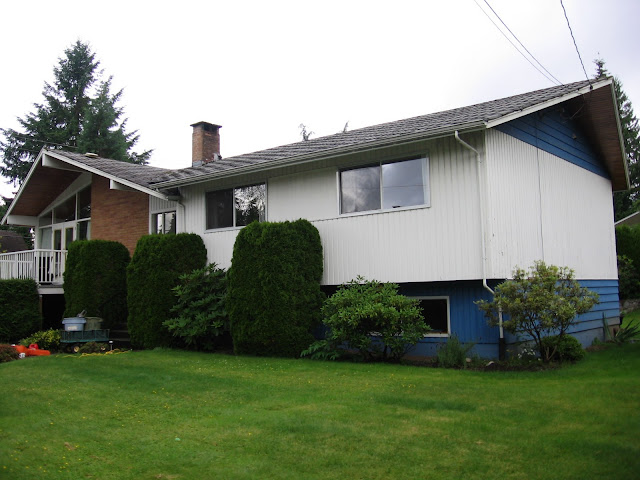 As much as we love inheriting an established garden, those trees were just too established for our taste. at about 1.5 meters square they were big boys, and their placement on either side of the windows on our house, meant that we had a tunnel effect.

Yes, they are honkin' eh!  And oh wait, if we peek behind those rhododendrons and cedars. 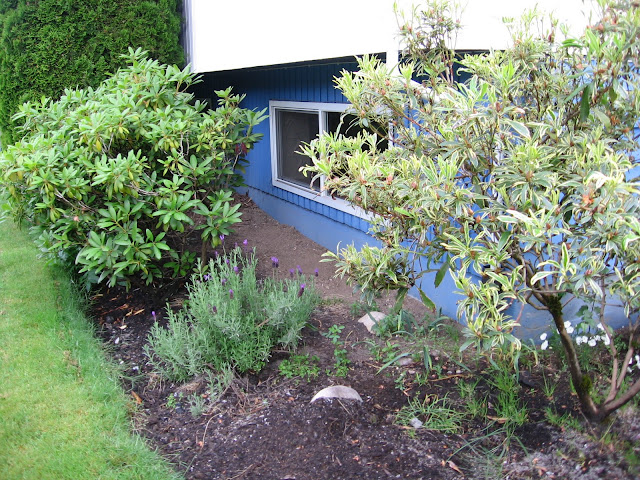 Yup, there are more windows behind there!  Who'da thunk it! Even though we lucked out with ginormous windows both upstairs and down, the amount of light getting in was pretty minimal, meaning that downstairs the lights had to be on at any time of day in order to function in the space.E

I had casually mentioned to my parents and H that I'd love to get rid of them "one day" but having just used a huge amount of slave volunteer labour on our floors, I had resigned myself to tackle it next year. So, you can imagine my amazement when my Mom and Dad showed up at our place one weekend in July with a chainsaw in tow.

In a few short hours we made short work of those bad boys, and boy was it their time to go. They had been groomed within an inch of their poor little lives, so they were a dense nest of dead twigs with only a skin of green on the outside.

And boy do I love the result! Once we chopped those suckers down and re-located the out sized rhododendrons blocking the lower windows, and it's like our house can finally breathe. I can barely remember what the house was like with them. 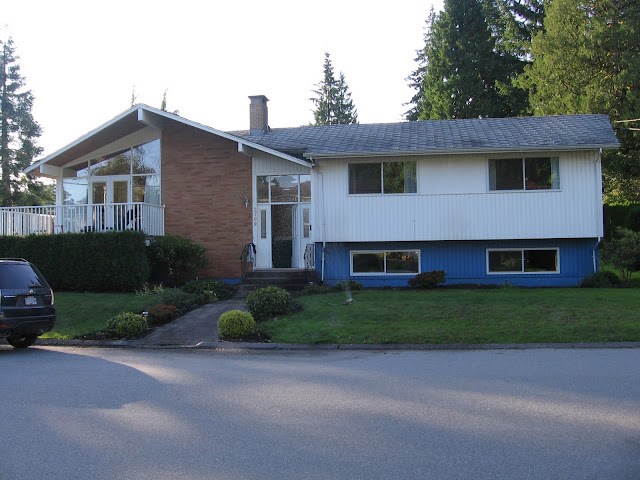 Oh, and yes, the difference in the light levels in that side of the house is ah-mazing! We had seen the previous owners son a few weeks before when we had been painting and doing the floors, and he'd casually mentioned the "blue room" in the basement. It wasn't until after he'd left that H and I turned to each other and said "what blue room?". Well, we now know! The light coming in through the window had been reflecting off the cedars and rhodo which had made the bedroom downstairs appear green, and now that they are gone, presto.... it's light blue, no paintbrush required!

Oh yeah, you wouldn't have known it before, but we have house numbers and a front door light..... not pretty ones, but they are ours! 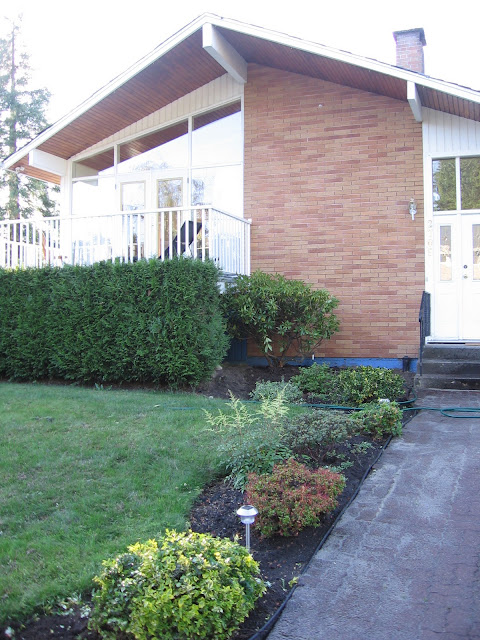 The orange brick on the other hand, now that is pretty, I can't wait to really make a feature of it, I have plans a foot! (spoiler alert, I've started the entrance makeover and already it looks a million times better)
Posted by Sarah at 5:25 PM