With the garden makeover back in September we also did two other little additions to our garden.

1.  We finally put the wooden "round" that was living on the back deck as a rather precarious bird feeder to a more permanent use-- we figured the new tenant probably wouldn't want the thing in their space.  Partly inspired a random blog post on some random blog somewhere (helpful no?!) and revived by an episode of Design Star Season 7 and, I had the idea to add a bit of whimsy to our garden. 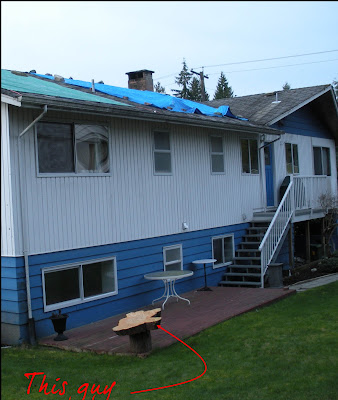 Since our round was too thin to make a side table from (as we don't have space for any more outdoor furniture), we went for something more ornamental.  With our 4 inch circle bit to make space for the plants, and a drill to make some drainage, we came up with this: 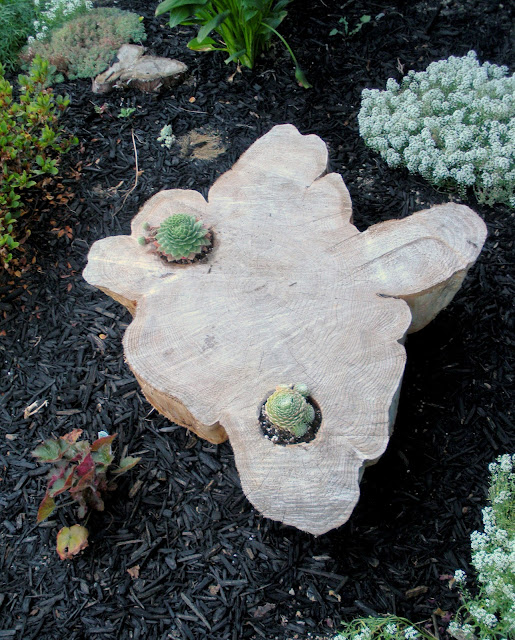 We raised it off the bark much with some flat rocks to help drain/avoid rotting, and nestled it in our front (south facing) flower bed under the 2nd storey's overhang. This area gets almost no water, so we figure that these succulents should do ok.  And the large wood "planter" adds some nice texture and interest, bonus! 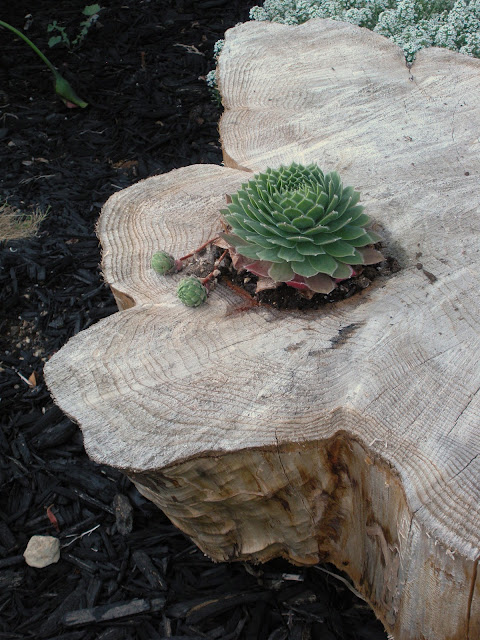 A few months later and it is still going strong... We figure worst case, investing a few bucks in 2 new plants every year - or even harvesting some clippings from our other outdoor succulents means it's no biggie for some character and inhospitable space filling.


2.  We planted our fig tree.  Last summer we had visited the Okanagan with H's mom during her visit, and while at the Penticton Farmer's market we found some baby fig trees for sale by one of the farmers.  As a chef, H loves pretty much anything we can grow that is edible, so we picked one up.  You might have seen it peeking out from the pile of basement reno stuff stored in our living room in this post. 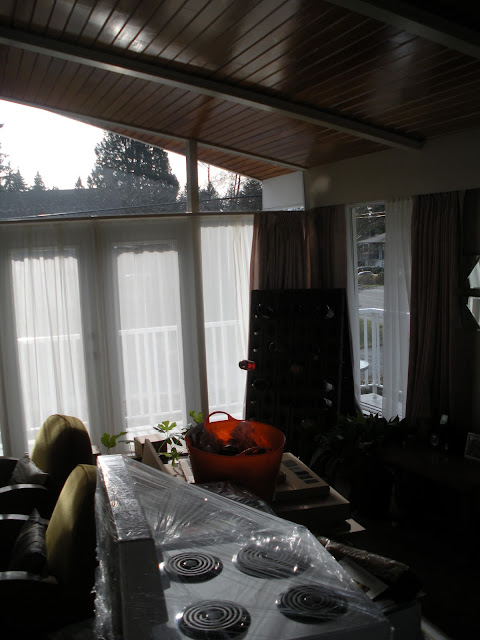 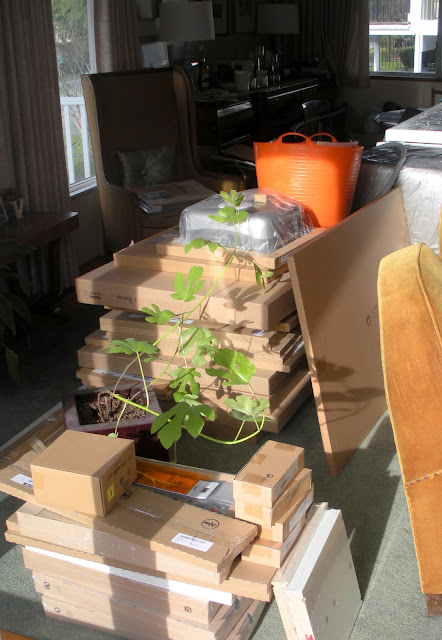 After staying in our living room for the year, it had gotten much bigger (like a gangly teenager!), and according to our research the summer/fall was the time to plant it.   So, a hole, some random bits of scrap wood, twist ties, and some of my trusty black bark mulch later, and we were good to go. 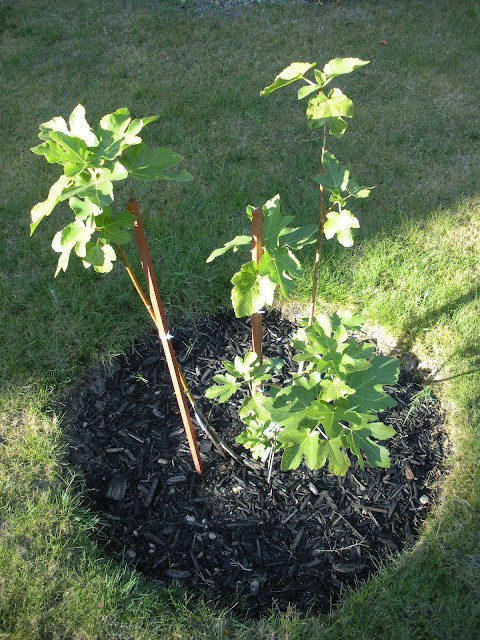 When we the man folk cleared the tree out of our side yard, we weren't too worried about the exposure to the street, because we had plans to put the fig on that side of the house.  We pulled the fig forward on our lot so it is more in our front yard and had better sun access.  We figured that this way it will provide some visual interest without blocking too much light and  keep our side yard open and better for future little Waffles to play in. 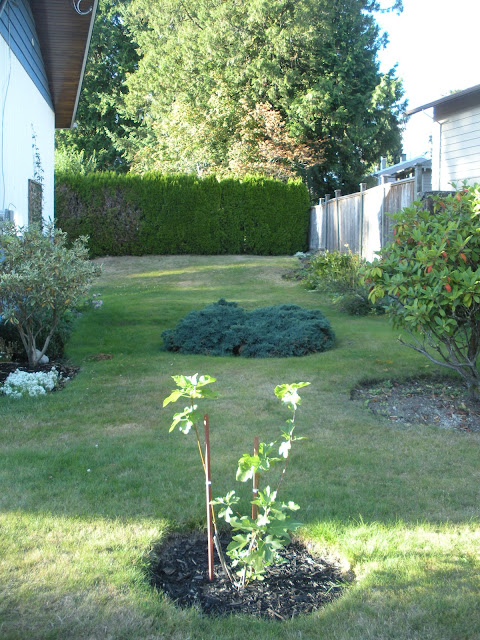 For reference, the old tree was behind the low blue spruces in the middle ground of the above picture (lined up about smack dab in the center of the side of our house). The fig is pulled out into the front (unused) part of our lawn so takes up no play space and should be a nice visual from both the street and the house. 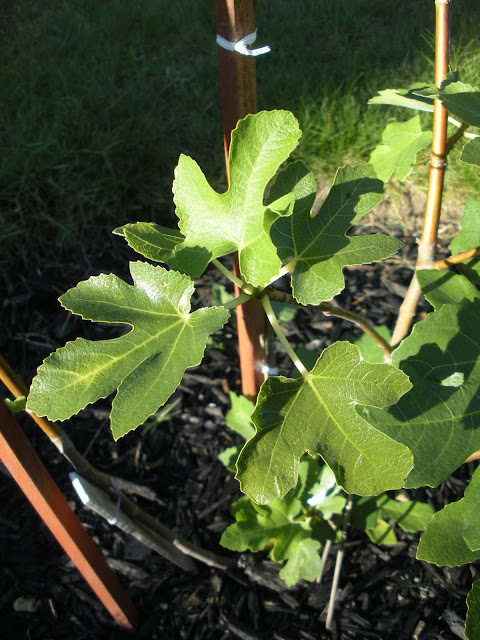 So far so good, it's too bad we will have to cut off most of the new growth before wrapping it up for winter..... H tells me I have to do it, as it'll hurt him too much to cut the limbs off himself.
Posted by Sarah at 7:13 AM