As I mentioned in my last post, on Sunday we went to check out the Battle of Waterloo. We were unfortunately too late to see the battle (yeah, family... no comment... let's just move on). But we were able to walk around the camp post battle. If we had of seen it it woulda looked like this: 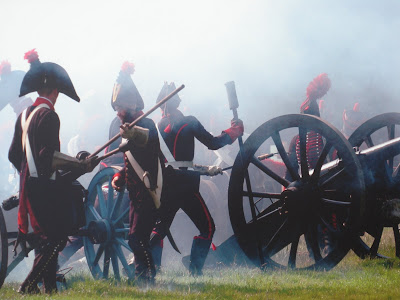 Image courtesy of Waterloo Tourism
Hmmm, yeah... cool huh, I gotta make a trip back next year... in the morning!!
It's amazing how into these things people are... just like you see in the Hollywood movies (think Sweet Home Alabama) the armies were really made up of people from all the original countries involved in the war Belgians, Brits, Scots, French, Dutch, Prussians (ok, so Prussia doesn't exist anymore but the Germans were there representing)... 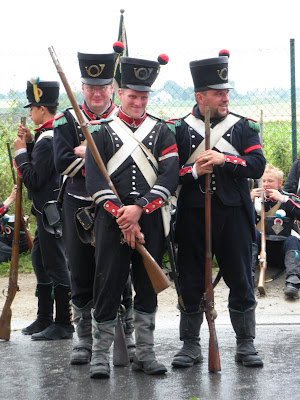 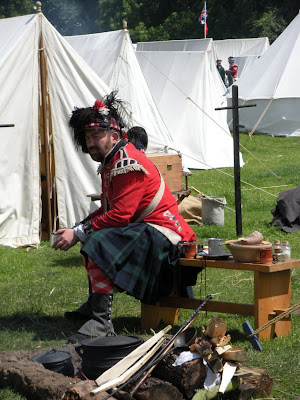 The morning had been really rainy so we came prepared, but it quickly switched to hot sunshine... but not early enough for the poor soldiers who had to "play dead" in the muddy fields. 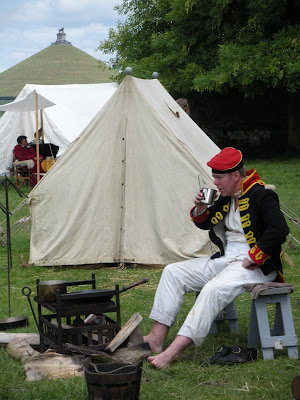 We had a great time exploring the camp peeking in tents and chatting to the actors/participants/soldiers... ermm not sure what you call re-enactment people but you get the drift. 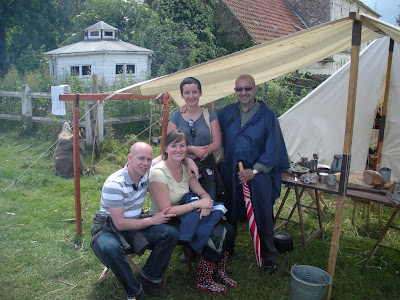 Remembering my roots (and the rainy weather) I supported the Brits by working my Wellington boots (Party fact; The Wellington who kicked Napoleon's butt invented the rubber boot!) 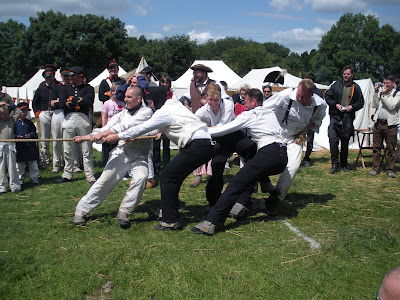 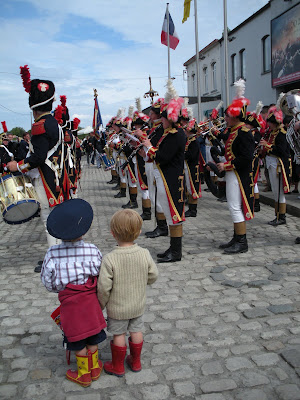 And last but not least, the Canadians were there too.... ok so I didn't meet any other Canadians, but I did spy this in one of the tents (so jealous, I've always wanted one!)... 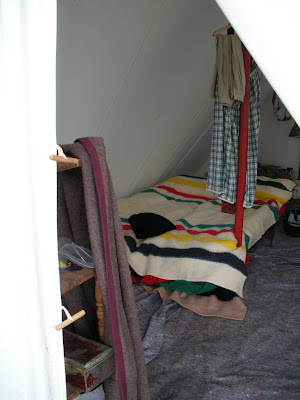 A Hudson Bay blanket (actually she had 3, and swears by them as the best period blankets- The HBC have been around since 1670 and are Canada's oldest company!) So who knows, maybe Napoleon himself snuggled up in a stripey bit of Canadian history.
Posted by Sarah at 12:19 PM