I ain't no Tina the Tailor

I've been working on my apron, and I now remember why I don't make clothes! My quilting generally follows a plan, but the plan is always pretty flexible. For the apron, I found a pattern that was pretty similar to the design I wanted to make, and thought.... easy peasy, this'll be a breeze..... um yeah, right.

After opening the package, I realized that I had no idea what to do..... so I called in re-enforcements -- aka Mama Waffles! My Mom made tons of clothes for us as kids (heck she made her own wedding dress!) so I knew she could be the Obi Wan to my Luke Skywalker! 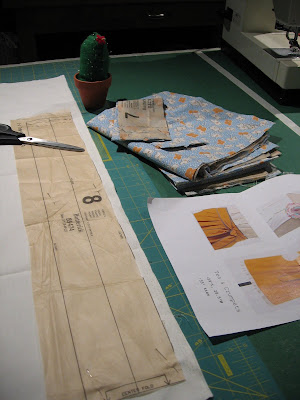 So, with a bit of begging and pleading bribery with home made baked goods, Mom was in. So we first settled on the kitchen floor to lay out the pieces... about 5 minutes in we realized that that wasn't going to fly, so we moved downstairs to the sewing room ping pong table.

Once we got going it went pretty smoothly, it seems that I bought too much of everything, but that's not a bit surprise especially since I didn't really know how to read the pattern recommendations! 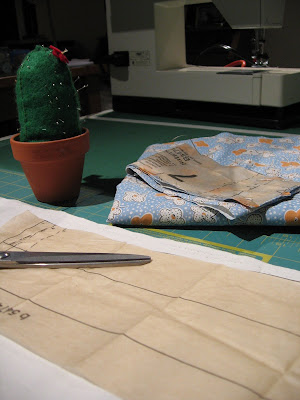 About an hour later, after turning the pattern pieces in all different directions in an effort to conserve as much fabric as possible, we were left with the pile of parts. I have to seriously wonder what the heck would have happened if my Mom wasn't around to give me a hand... my Home Ec classes from back in the day, obviously instilled in me a love of baking, and sewing... but I obviously forgot the pattern construction lesson! 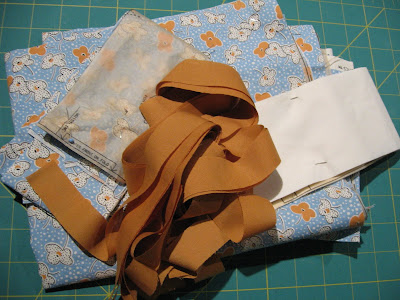 Well actually, since the piece of clothing I made in highschool Home Ec was a pair of sweat pants that were totally wrong (ie. the legs in the patter were too short for me, so instead of adding length I went up in size... so instead of a small/medium with extra long legs, I made a XXL.... oops!) maybe I never learnt it properly to start with!
Posted by Sarah at 8:59 AM