The other man in my Life

Poor Jack has been basted for about 2 weeks but I havn't had the energy have been to lazy to commit to such a big project. 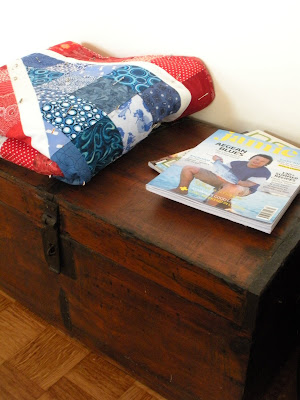 As a brief re-cap, we had a Union Jack bedspread that was stolen when our cabin had a break in about 15 years ago ( it was the only thing they took, not the water skis, wetsuits etc, the bedspread- yeah, weird I know!). 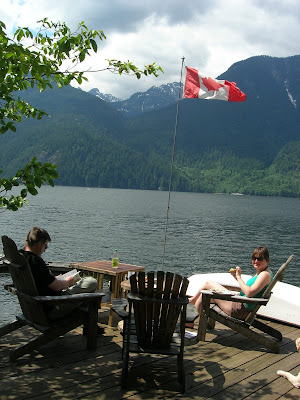 My brother and I last summer at the Cabin- often a Union Jack is flying on the flag pole! 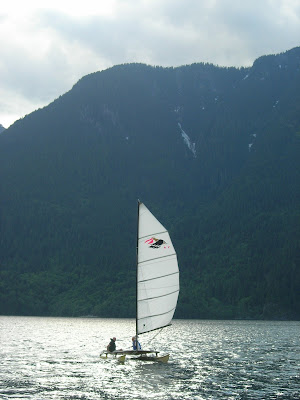 H and my Dad on the catamaran last summer

Our cabin is on Indian Arm, a finger of the Pacific that runs inland, about 30 min from my parent's house, it's an amazing place hidden from the busy city life (no TV- only solar power, no cars- boat access only). I wanted to make something for my parents, as well as the whole family to enjoy, so I naturally thought, a quilt. After seeing this amazing quilt, I had my inspiration. 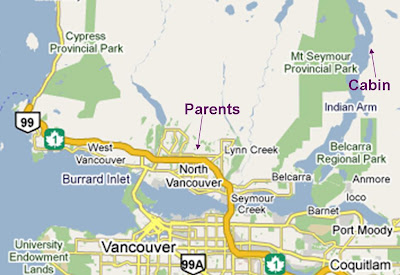 So, while my family lazes around "up the Arm" back home (and love rubbing it in my face), I've bitten the bullet and starting on the quilting- sigh... I'd much rather be reading a magazine on the dock with a beer though... 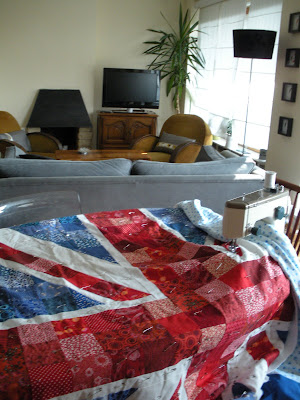